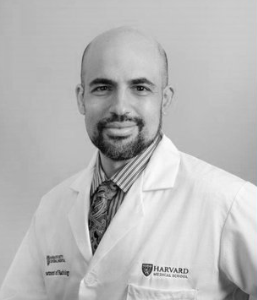 Dr. Tarik Alkasab works as a board-certified diagnostic radiologist in the Division of Emergency Imaging in the Department of Radiology of the Massachusetts General Hospital, where he also serves as Service Chief for Informatics/IT and Operations. He is Assistant Professor of Radiology at Harvard Medical School. He is also chair of the Assisted Reporting committee of the Informatics Commission at the American College of Radiology as well as Senior Scientist for Framework at the American College of Radiology’s Data Sciences Institute. His research focuses on applying information systems to improve workflow and quality in medical imaging. Dr. Alkasab completed his residency as well as fellowships in Imaging Informatics and Abdominal Imaging and Intervention at Massachusetts General Hospital. He received his MD and PhD in Neuroscience from Tufts University School of Medicine after completing his undergraduate work at the Massachusetts Institute of Technology. 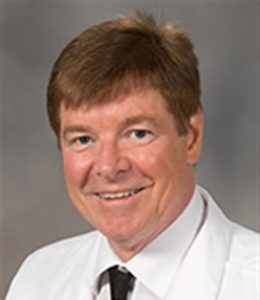 Timothy Craig Allen, M.D., J.D., obtained his medical degree from Baylor College of Medicine in 1984 and completed his residency in anatomic and clinical pathology, subsequently serving on the faculty of Baylor College of Medicine until 1995.  He then attended the University of Chicago Law School and graduated with the degree of Doctor of Law With Honors in 1998, subsequently practicing health care law and litigation.  Dr. Allen completed a 2-year fellowship in pulmonary pathology in the Texas Medical Center in 2004.  Dr. Allen is the Chair of the Department of Pathology at University of Mississippi Medical Center in Jackson, Mississippi.  Dr. Allen is a member of the Board of Directors and a member of the Academic Advisory Board of the Crime Prevention Research Center.  He is a member of The National Association of Medical Examiners (NAME).  Dr. Allen is certified by the American Board of Pathology in anatomic and clinical pathology, with added qualification in cytopathology.  He is an associate editor of the Archives of Pathology and Laboratory Medicine.  Dr. Allen is Past-President of the Pulmonary Pathology Society and Past President of the Texas Society of Pathologists.  He is a Governor of the College of American Pathologists Board of Governors, and is chair, vice-chair, or member of several CAP Councils and Committees. He has authored and coauthored numerous articles and book chapters on pulmonary pathology and medicolegal issues and has coauthored and co-edited several books on pulmonary pathology.  Dr. Allen is series coeditor of the Advances in Surgical Pathology series. 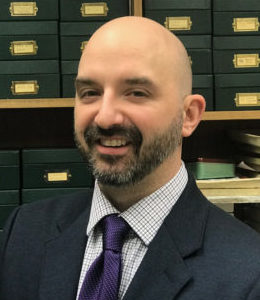 Outside of the office, Andrew enjoys “getting into trouble” with his 11 and 13-year-old boys, Aidan and Darby. In addition to “very special stains,” he also loves hiking, cooking, craft beer, Notre Dame football, the Boston Red Sox, and the Oxford. 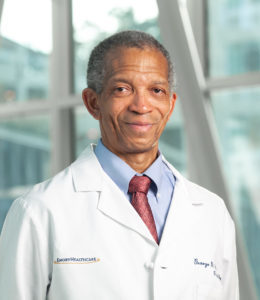 George G. Birdsong, MD, is Professor in the Department of Pathology and Laboratory Medicine at Emory University School of Medicine. Dr. Birdsong is involved in the cytopathology service at Grady Memorial Hospital, which runs three free-standing Fine Needle Aspiration clinics each week in addition to processing a substantial number of atypical Pap tests. He is also working toward optimizing use of the Laboratory Information System, and improving the quality assurance procedures in the pathology department.

Dr. Birdsong is a past President of American Society of Cytopathology and is a member of Diagnostic Intelligence and Health Information Technology Committee and Pathology Electronic Reporting Task Force of College of American Pathologists.

Dr. Birdsong earned his MD from University of Texas Southwestern Medical School in Dallas, Texas. He completed his residency and fellowship in anatomic and clinical pathology at Emory University affiliated hospitals in Atlanta, Georgia. 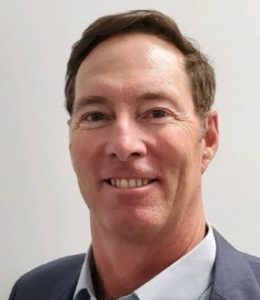 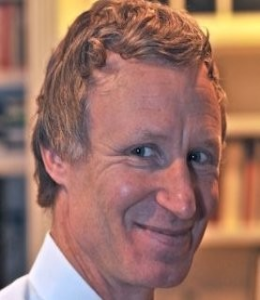 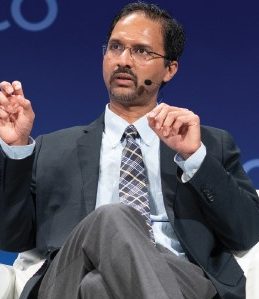 Anant Madabhushi, PhD, is the F. Alex Nason professor II of biomedical engineering at Case Western Reserve University (CWRU) in Cleveland and director of the university’s Center for Computational Imaging and Personalized Diagnostics (CCIPD). He is also a Research Scientist at the Louis Stokes Cleveland Veterans Administration (VA) Medical Center and has affiliate appointments both at University Hospitals and Cleveland Clinic. He holds secondary appointments in the departments of Biomedical Engineering, Urology, Radiology, Pathology, Radiation Oncology, Electrical Engineering & Computer Science and Gen Med Sciences at CWRU.

Madabhushi’s team at CCIPD is developing and applying novel Artificial Intelligence and machine learning approaches for the diagnosis, prognosis and prediction of therapy response for a variety of diseases including several different types of cancers, cardiovascular disease, kidney and eye disease. The Center is located in Cleveland’s unique medical ecosystem, an extensive clinical network within which it boasts numerous successful collaborations including with the Cleveland Clinic and the Cole Eye Institute, University Hospitals, the VA Louis Stokes Medical Center, MetroHealth, and the Case Comprehensive Cancer Center at CWRU.

Madabhushi has more than 100 patents either issued or pending in the areas of medical image analysis, computer-aided diagnosis, and computer vision, more than 50 of which are issued. He was responsible for 10 percent of all patents awarded to Case Western Reserve University in 2017, 2018 and 2019.

The author of more than 400 peer-reviewed journal articles and conference papers, Madabhushi is a sought after lecturer who has delivered more than 300 talks around the world. His efforts as a professor and researcher have gained international attention in the field of biomedical engineering, garnering him several awards. Most notably, Madabhushi is a Wallace H. Coulter Fellow, a fellow of the American Institute of Medical and Biomedical Engineering (AIMBE), and a Fellow of the Institute of Electrical and Electronics Engineers (IEEE). In 2015, he made Crain’s Cleveland Business magazine’s “Forty under 40” list. In 2019 and 2020, Madabhushi was named to The Pathologist’s Power List, a list of 100 most inspiring professionals in pathology and laboratory medicine. In 2020, he received the Diekhoff Award for Distinguished Graduate Student Mentoring at CWRU.

Madabhushi’s work on developing “smart computers for identifying lung cancer patients who will benefit from chemotherapy” was ranked as one of the top 10 medical breakthroughs of 2018 by Prevention Magazine. In 2019, Nature Magazine called him out as one of five scientists pursuing truly offbeat and innovative approaches in cancer research.

Madabhushi has secured more than $50 million in grant funding and co-founded two companies, Vascuvis Inc. (now Elucid Bioimaging) and IbRiS Inc., which was acquired by Inspirata in 2015. He has been involved in several sponsored research and industry partnerships with medical imaging and pharmaceutical companies. In addition, more than 15 technologies developed by Madabhushi’s team have been licensed. 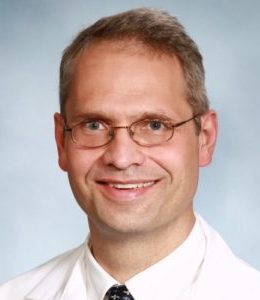 Dr. Misialek currently serves as Associate Chair of Pathology at Newton-Wellesley Hospital, Newton, MA. He is the Medical Director of the Vernon Cancer Center, Chemistry Laboratory and Point of Care Testing. He practices in all areas of pathology in a busy community hospital. Holding an academic appointment at Tufts University School of Medicine, he regularly instructs medical students and pathology residents. Dr. Misialek is a strong advocate for pathology and is very active in the College of American Pathologists (CAP). He is an inspector with the CAP and has conducted numerous hospital laboratory inspections, both nationally and internationally.