Unable to attend? On Demand Here 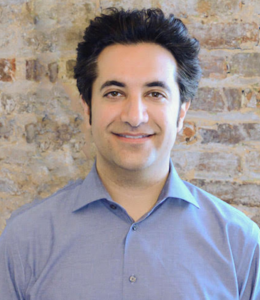 Dr. Sam Asgarian is the Chief Medical Officer at Thrive Detection.  Dr. Asgarian leads medical strategy, including the integration of CancerSEEK into routine medical care. Prior to Thrive, Dr. Asgarian was Vice President of CVS Health’s Transformation Health Product organization, where he was responsible for the modernization of clinical products and implementation of new solutions to improve consumer convenience and personalize health and wellness. Dr. Asgarian joined CVS as part of the Aetna acquisition, where he served as the Chief Medical Officer of the clinical services organization, overseeing medical management and clinical policy operations across Aetna’s commercial and Medicare businesses. Dr. Asgarian holds a B.A. in molecular and cell biology from the University of California at Berkeley, an M.A. in medical sciences from Loyola University Chicago, an M.D. from Tulane University and an MBA from Cornell University. 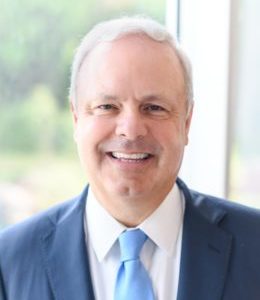 Howard A. “Skip” Burris III, MD, FASCO, FACP serves as president and chief medical officer of Sarah Cannon, as well as the executive director, drug development for Sarah Cannon Research Institute. He is an associate of Tennessee Oncology, PLLC, where he practices medical oncology.

Dr. Burris’ clinical research career has focused on the development of new cancer agents with an emphasis on first–in–human therapies, having led the trials of many novel antibodies, small molecules, and chemotherapies now FDA approved. In 1997, he established in Nashville the first community–based early phase drug development program, which grew into the Sarah Cannon Research Institute. He has authored over 400 publications and 700 abstracts.

Dr. Burris served as president of ASCO in 2019-2020 and is serving as Chair of the Board for the 2020-2021 term. He also currently serves on the Board of ASCO’s Conquer Cancer Foundation. Additionally in 2014, Dr. Burris was selected by his peers as a Giant of Cancer Care for his achievements in drug development.

Dr. Burris completed his undergraduate education at the United States Military Academy at West Point, his medical degree at the University of South Alabama, and his internal medicine residency and oncology fellowship at Brooke Army Medical Center in San Antonio. While in Texas, he also served as the Director of Clinical Research at The Institute for Drug Development of the Cancer Therapy and Research Center and The University of Texas Health Science Center. He attained the rank of lieutenant colonel in the US Army, and among his decorations, he was awarded a Meritorious Service Medal with oak leaf cluster for his service in Operation Joint Endeavor. 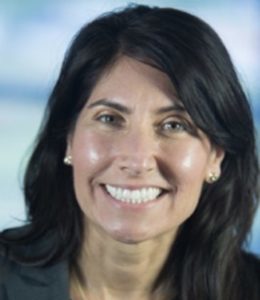 Dana Dilbeck has over 20 years of Healthcare experience primarily in the Oncology sector. Most recently in the life science industry focused on molecular diagnostic testing to advance cancer care.

Dana is currently the Senior Director Market Access, Reimbursement and Pricing for Agilent. Previously, she served as Director of Payer Relationships and Reimbursement for Pacific Edge Diagnostics, a New Zealand based company. In addition, Dana was Vice President for a molecular diagnostic company, Molecular Health, that provides a large next generation sequencing (NGS) panel for oncology care. The panel provided treatment options based on the patients personalized test of over 600 genes.

Payer Strategy and Public Policy for the National Network of over 1000+ physicians. She managed contracting and strategies for Medical, Radiation and Gynecologic Oncology, and Urology.

Dana is an expert in physician reimbursement and managed care pricing strategies to address high cost cancer care services. She has a bachelor’s degree in Economics and Management from Rice University. 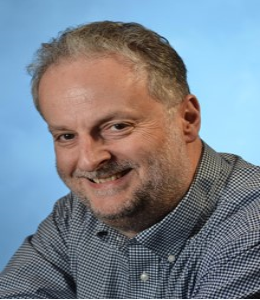 Nicholas (Nic) Dracopoli, Ph.D. is Chief Scientific Officer at Delfi Diagnostics, a seed stage cancer diagnostics company based in Baltimore, MD. Previously he led oncology translational science teams at Bristol-Myers Squibb and Janssen. Prior to joining the pharmaceutical industry, he spent several years in the biotechnology industry at Sequana Therapeutics.

Nic obtained his bachelor’s degree and doctorate from the University of London and completed post-doctoral fellowships at the Memorial Sloan-Kettering Cancer Center in New York City, NY and the Massachusetts Institute of Technology (MIT) in Cambridge, MA. Subsequently, he served as an Assistant Director at the Whitehead/MIT Genome Center and as a Section Chief at the National Center for Human Genome Research at the National Institutes of Health. Nic has authored more than 70 scientific publications and has extensive experience in the fields of genomics, molecular biology and cancer research. 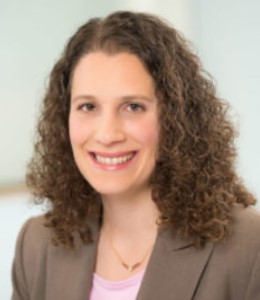 Sheryl Krevsky Elkin, PhD, is the Chief Scientific Officer at QIAGEN Digital Insights, a business division of QIAGEN. Dr. Elkin joined QIAGEN through the acquisition of N-of-One, and has led the interpretation of thousands of patient cases, establishing a rigorous process for the analysis of scientific and clinical evidence and presentation of molecular and clinical evidence to physicians to help guide their therapeutic decisions. Dr. Elkin played a lead role in the development of the N-of-One clinical interpretation methodology to support clinicians in identifying therapeutic strategies specific to each patient and has been a key player in the integration of N-of-One with the QIAGEN Clinical Insights software. Prior to joining N-of-One, Dr. Elkin completed her postdoctoral fellowship at the Massachusetts Institute of Technology’s Center for Cancer Research, where she earned a fellowship from the Leukemia and Lymphoma Society. She earned her doctorate in Biological and Biomedical Sciences from Harvard Medical School and an A.B. in Biology and Music from Amherst College, graduating Phi Beta Kappa and summa cum laude, with High Distinction in Biology 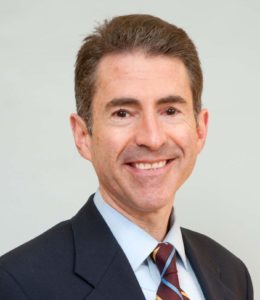 Dr. Ellisen is Professor of Medicine at Harvard Medical School and Program Director for Breast Medical Oncology at the Mass General Cancer Center. He is also co-Leader of the Breast Cancer Program at the Dana-Farber/Harvard Cancer Center. He received his undergraduate degree from Harvard University, MD and PhD degrees from Stanford University, and completed residency training, oncology fellowship training, and postdoctoral research training at Brigham and Women’s Hospital, the Dana-Farber Cancer Institute, and Mass General, respectively. Dr. Ellisen is widely published in the fields of cancer biology, treatment and genetics. As Director of Breast and Ovarian Cancer Genetics at Mass General, Dr. Ellisen’s clinical practice is focused on cancer risk assessment, cancer prevention and early detection. Research in Dr. Ellisen’s laboratory is in the vanguard of revolutionizing cancer treatment through personalized cancer therapies. Dr. Ellisen is best known for his work on triple-negative breast cancer (TNBC), one of the most aggressive forms of the disease 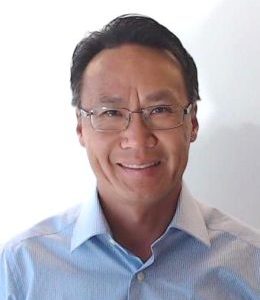 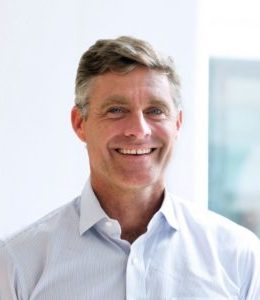 James Hamrick, MD, MPH is a Senior Medical Director at Flatiron Health, and a board certified physician in Medical Oncology, Hematology and Internal Medicine. In his role at Flatiron, he provides clinical management expertise across the range of blood and cancer diseases, in addition to a physician’s perspective and represents patients’ viewpoints for our products’ development. James has a clinical practice at Kaiser Permanente Georgia. 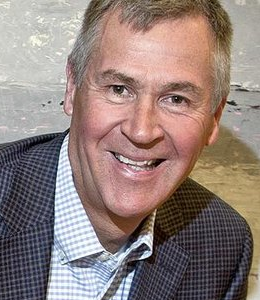 Kevin Hrusovsky is a 30-year biotechnology veteran with a proven track record of commercializing disruptive technologies, and an industry visionary passionate about revolutionizing healthcare from a broken system focused on “treating the sick” to an empowered industry able to prevent diseases before symptoms occur. He holds an M.B.A. from Ohio University and a B.S. in Mechanical Engineering from The Ohio State University. He received an Honorary Doctorate from Framingham State University and helped build competitive strategy curriculum at the Institute for Strategy & Competitiveness at Harvard Business School. Hrusovsky currently serves as the President, Chairman and CEO of Quanterix, a company digitizing biomarker analysis to advance precision health, and is the founder of Powering Precision Health (PPH), a non-profit global think tank composed of the industry’s top medical, research and finical experts. Through his non-profit network and the power of Quanterix’ disruptive Simoa technology, Hrusovsky is accelerating critical advances across neurology, oncology, infectious disease, cardiology and inflammation. Most recently, he spearheaded a newly formed Emergency COVID-19 Diagnostic & Drug PPH Advisory Panel that aims to enhance global understanding of COVID-19 and innate and adaptive immuno response to drive earlier intervention in the disease cascade, deliver more targeted therapeutic responses, and accelerate development of emerging drugs and vaccines. Today, the company’s high-definition biomarker platform and ultra-sensitive assays are validated by more than 780 peer-reviewed studies and are being used to support critical research in healthcare, academia and pharmaceutical institutions across the globe. 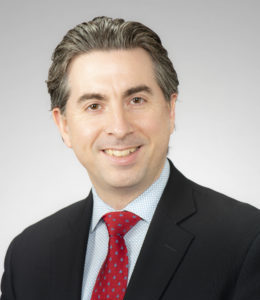 Jason J. Luke, M.D., F.A.C.P. is an Associate Professor of Medicine at the University of Pittsburgh Medical Center and Hillman Cancer Center where he is the Director of the Cancer Immunotherapeutics Center.  Dr. Luke specializes in early phase drug development for solid tumors (particularly novel immunotherapeutics and biomarkers of immunotherapy activity) as well as the management of cutaneous oncology, particularly patients with melanoma.  Dr. Luke has been a lead national investigator on clinical trials of immunotherapies including but not limited to anti-PD1/L1, CTLA4, many secondary checkpoints, bispecific approaches (checkpoint, CD3 and cytokine), metabolism modifiers (IDO, A2Ar/CD73/CD39 and arginase), innate agonists of STING, TLRs and oncolytic virus as well as solid tumor cellular therapies (TCRs and CART). Dr. Luke has been a major contributor toward the investigation of radiation and the microbiome in relation to cancer immunotherapy.  Dr. Luke’s major translational research focus leverages large scale informatics to advance cancer immunotherapy.  Dr. Luke received his M.D. from Rosalind Franklin University of Medicine and Science in Chicago.  He then pursued internship and residency at the Boston University Medical Center followed by medicine and medical oncology fellowships at Weill Cornell Medical College and Memorial Sloan-Kettering Cancer Center in New York City.  Following fellowship, Dr. Luke was a tenure-track, Type 1 Instructor in Medicine at Harvard Medical School as well as Staff Physician at the Dana-Farber Cancer Institute and Brigham and Women’s Hospital in Boston.  Thereafter Dr. Luke was an Assistant Professor at the University of Chicago. Dr. Luke is actively involved in several professional societies including the Society for Melanoma Research, the Society for Immunotherapy of Cancer, American Association for Cancer Research and the American Society for Clinical Oncology (ASCO).  Dr. Luke has served as the chair of the education committee and as a member of the scientific committee for the melanoma track of the ASCO annual meeting.  Dr. Luke has received several awards for research and clinical care including the Melanoma Research Foundation Humanitarian Award, Crain’s 40 under 40, Department of Defense Career Development Award, Paul Calabresi Career Development in Clinical Oncology Award (K12), ASCO Merit Award as well as Young Investigator Awards from the Melanoma Research Alliance, the Cancer Research Foundation and the Conquer Cancer Foundation of ASCO.  Dr. Luke’s research has been supported by ASCO, the National Comprehensive Cancer Network and the National Cancer Institute. 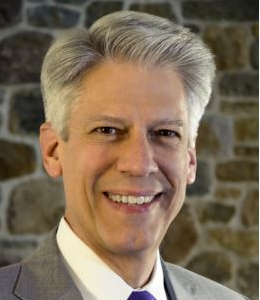 David Parker, PhD leads Precision’s Diagnostics Solutions consulting practice and provides strategic advisory services to the firm’s diagnostics and biopharma clients. David has almost 35 years of experience in healthcare, including 23 years as a strategy consultant focused on advanced diagnostics, personalized medicine, and targeted therapies. His expertise has resulted in numerous successful product launches, guided major investment and acquisition decisions, and driven favorable coverage and payment determinations by public and private payers alike. David received his AB in Biochemistry with high honors from Princeton University and his PhD in Cell and Developmental Biology from MIT, where he was an NSF Fellow. 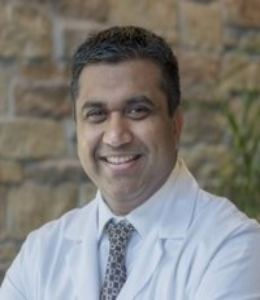 Dr. Prasanth Reddy is Vice President of Medical Affairs at Foundation Medicine, based in Cambridge, Massachusetts. Foundation Medicine performs comprehensive genomic sequencing to identify the molecular alterations in each patient’s unique cancer and match them with relevant targeted therapies, immunotherapies, and clinical trials. Prior to Foundation Medicine, Dr. Reddy jointly led the Shawnee Mission Cancer Center in Kansas. He has also practiced as a hematologist/oncologist at Olathe Medical Center in Kansas. Dr. Reddy is board certified in Medical Oncology, Hematology, and Internal Medicine. He completed his medical training, residency, and two fellowships at the University of Kansas Medical Center. Dr. Reddy is a member of the American College of Physicians and the American Society of Clinical Oncology.